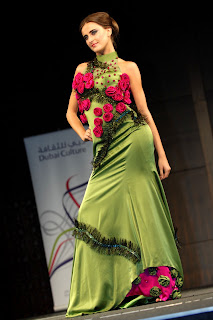 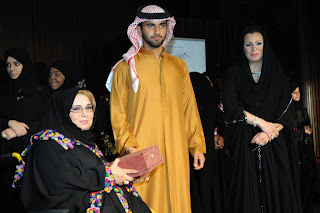 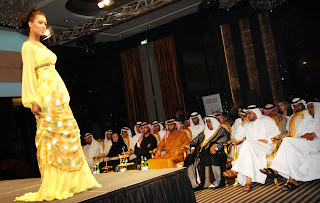 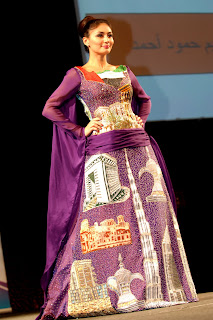 Dubai's largest special needs centre could shut down unless it urgently raises funds, the emirate's daily tabloid 7 Days reported Thursday. Quoting a school official, the report said that the Dubai Special Needs Centre which had been severely hit by the economic downturn would need new donors to keep it going. The emirate which has made several initiatives to care for persons with special needs has been challenged by the economic downturn.
Dubai's commitment to caring for those with special needs has been demonstrated by a holistic approach aimed at making the emirate a better place for everyone. Driven by the visionary leadership of His Highness Sheikh Mohammed bin Rashid Al Maktoum, Vice President and Prime Minister of the UAE and Ruler of Dubai, the emirate aims to add to its social wealth by encouraging a positive attitude towards people with disabilities, sensitising communities on disability issues and improving their access to facilities.
The glitzy glamour of a catwalk is usually associated with a high profile fashion show and designer clothing. Despite the presence of most of the world's luxury brands in the city, Dubai recently opted to showcase not the world's best fashion designers, but those who may well lead the world's fashion in the years to come; designers with special needs.
The show was held at the Raffles Hotel at Wafi City, Dubai, under the patronage of Sheikh Majid Bin Mohamed Bin Rashid Al Maktoum, Chairman of the Dubai Culture and Arts Authority and in the presence of Sheikh Mansoor Bin Mohamed Bin Rashid Al Maktoum who gave away the prizes to the winning designers.
The large and appreciative audience packed to capacity inside the hall watched the models in their smart outfits strike a pose, walk down the ramp, half-turn and walk back. It was difficult to believe that the designs were the work of persons with special needs. The large number of arab women present, showed a keen interest in the abayas and sheilas intricately embroidered with sequins and crystals. Evening wear, casual wear and even coloured abayas were among the elegant clothing showcased. The designers certainly did Dubai proud.
“This show represents a leading endeavour to encourage and support talented designers with special needs, and is in line with the vision of His Highness Sheikh Mohammed bin Rashid Al Maktoum, Vice President and Prime Minister of the UAE and Ruler of Dubai, as well as with Dubai Culture's strategic objective of identifying and nurturing artistic talent in all segments of the community and creating cultural opportunities that contribute to the growth of the country,” said His Excellency Dr. Omar Bin Sulaiman, Governor of the DIFC and Managing Director of the Dubai Culture and Arts Authority (Dubai Culture).
The programme was implemented in collaboration with the Rashid Paediatric Therapy Centre and The Events Agency, as a Development Programme for Talented Special Needs Fashion Designers. Founder of the Rashid Paediatric Therapy Centre, Mr. Ahmed Khoury said, “The purpose of this show is to prepare these talented designers to access the fashion domain, train them especially for this career and make new strides into a new horizon.”
International fashion designer Marwan Harzallah who supervised the project said, “The project took two years and now the talented designers have become capable of bringing out the best they have. Definitely, history will recognise that Dubai is the first city in the world that has revived people with special needs in the world of fashion and beauty.”
More recently, Dubai Culture launched a website to choose twelve winners from among forty artworks themed on 'water' by persons with special needs. The competition conducted in association with Beautiful People, a Dutch initiative for a social and sustainable coffee concept, that works on behalf of artists with special needs, will be open till end August.
The winners will be announced by Her Royal Highness Princess Haya at the Grand Hyatt Hotel, Dubai, where all forty artworks will be on exhibition from October 31 2009.
The winning artworks will then be featured in crockery sets which will be sold to raise money for the Dubai Art Studio for persons with special needs.
The current economic crisis is a challenge that has gravely affected people around the world. Jobs have been lost, savings wiped out and some people have lost their homes and been literally thrown into the streets. Yet, those of us who have full command of all faculties can resolve and work hard knowing that at some point in the future, we would overcome. But, those persons with special needs could well be looking out for your hand and mine, to help them cope up. Would we?

Make a donation to the Dubai Special Needs Centre
Vote now for the best artwork by an artist with special needs
Posted by Ranjit J Perera at 12:57 PM