Does the US Value Human Rights?

‘Stalking from home to home, a United States Army sergeant methodically killed at least 16 civilians, 9 of them children, in a rural stretch of southern Afghanistan early on Sunday, igniting fears of a new wave of anti-American hostility, Afghan and American officials said,‘ the New York Times reported Sunday.
In one of the most gruesome human rights abuses in recent times, a US soldier is reported to have walked over a mile (1.6 km) from his base in the Panjwai district of Kandahar Province trying door after door before breaking into three houses and killing16 sleeping civilians, nine of whom were children. Reports quote villagers as saying that he had collected 11 of the bodies and set fire to them. 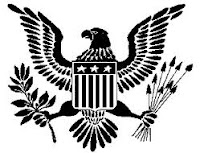 The United States would need moral authority to police the world. They would need also to ensure that justice is not only done but must also seem to be done. It is a pity that the United States uses double standards with regard to human rights. The world needs to know whether the US remains true to its commitments to the Universal Declaration of Human Rights or whether the soldiers who urinated on dead bodies were reflecting US policy on human rights. END.
(Follow the writer on Twitter: @Panhinda)

Posted by Ranjit J Perera at 1:25 PM No comments: